You are here: Home / Saudi Arabia

Many TESL Canada certified teachers who wish to teach in Saudi Arabia should have more than one year of teaching experience. In addition, teachers should have a minimum of a BA degree in Education or English along with their TESOL certification.  The job market is competitive and many applicants have a MA degree in Education. There are teaching opportunities with language schools , universities and public schools.  Often, positions are obtained through a recruitment agency from Canada, USA and the UK.

END_OF_DOCUMENT_TOKEN_TO_BE_REPLACED 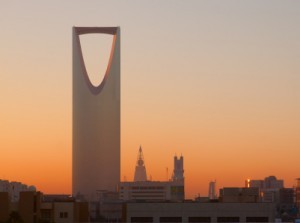 Saudi Arabia encompasses the most spectacular reefs of the world, the most magical and monumental sites of the Middle East, and the largest seas of sand of the Empty Quarter. Popular destinations are the mud-brick forts of Najran, which rise out of palm plantations and oases, the Arabian Desert, and the Two Holy Mosques of Masjid Al-Haram and Masjid Al-Nabwi.

Although very few travelers, especially non-Muslims, are allowed to walk this land, the country is slowly opening up to the world and Saudi Arabia has become a great destination for teaching English. Many teachers who hold TESL Canada certification and have more than one year of teaching experience choose Saudi Arabia for its standard of living and unique TEFL experience.

Ramadhan can be the most difficult time for western teachers as people who are not fasting are not allowed to eat in the open and only a few shops open for short periods of time. Saudi Arabia is very hot, so the best season is between November and February when average daily temperatures are moderate and the air is less humid. It’s significantly cooler in the Asir Mountains and around Taif region all year round.